Late on December 15, 2017, the GOP members of the House and Senate announced its final tax plan. The chart below summarizes our current, individual income tax laws along with a comparison of the new tax plan. 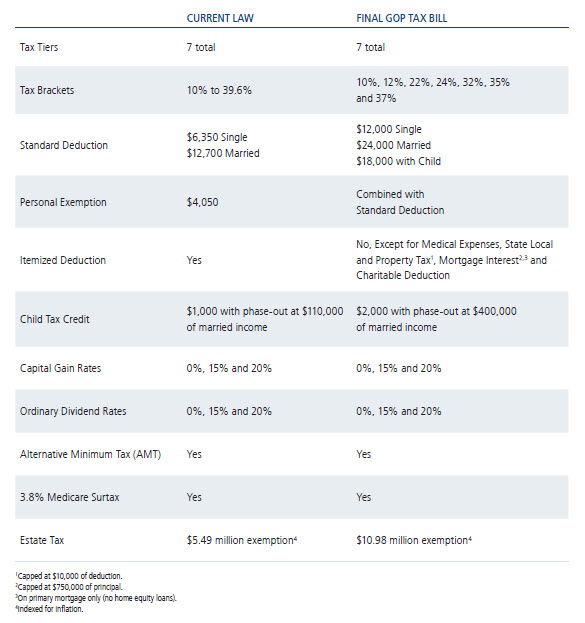 In addition to the individual tax plans summarized in the chart, the final GOP tax plan calls for the following changes to corporate tax laws:

The U.S. currently taxes any corporation domiciled in the U.S. on its income, regardless of where it has been earned worldwide. A territorial tax system, by comparison, taxes a foreign corporation only on income earned in that country alone (without assessing additional tax on income derived outside of the foreign country). The GOP anticipates adopting the territorial corporate tax system as modified above.

As previously noted, these new laws would be subject to a sunset after the year 2025. Separate pieces will address and discuss tax planning opportunities for this tax year and next.